“It has been fantastic to watch the reviews come in and read of the reactions of players, hidden in the bowels of Sevastopol Station, terrified to make the next move,” said Alistair Hope, Creative Lead on Isolation. “We set out to make the Alien game we had always wanted to play, and from these figures it seems we also succeeded in making the Alien game another million wanted to play. We hope many more gamers enjoy Alien: Isolation in 2015.”

This is a dramatic turn-around for the Alien video game franchise after 2012’s Aliens: Colonial Marines, which was universally panned by gamers and critics alike despite selling over 1.3 million units. Favoring tense survival horror over FPS action, Alien: Isolation accumulated over 50 Game of the Year accolades from various media outlets

Michael Doyle, Vice President of Interactive Games for Twentieth Century Fox, said of the game’s success: “Fox is enormously pleased with how both SEGA and Creative Assembly have realized their homage to Ridley Scott’s iconic film Alien. The project represents a paradigm shift in what is possible in the arena of licensed games.”

It is unclear whether a sequel could be on the cards, but the game’s critical and commercial success would certainly justify it. Alien: Isolation is available now for Xbox One, Xbox 360, PlayStation 4, PlayStation 3 and PC.

An Addiction Reborn: Why I’m Hooked on FF XIV Again 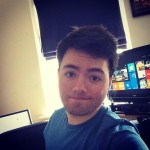 ‘Shenmue I and II’ Are Back and You Can Pick Them UP Now!

Brush Up On Your ‘Shenmue’ Knowledge Before the Re-Release

Check Out These Alien: Isolation Screens for The Trigger DLC