This year marks the 75th anniversary of Superman, and DC isn’t holding anything back for his celebration.  Not only is DC Comics releasing the live action Man of Steel film starring Henry Cavill as Superman on June 14th, but they also have a new Superman Unchained comic book arc planned to hit shelves on June 12th.  Unchained is being written by Scott Snyder, and will be inked by legendary DC artist and current co-publisher, Jim Lee.

In response to a new USA Today article about Superman’s anniversary year, Lee tweeted out a work-in-progress shot of the Superman Unchained cover art, and just like all of his previous work, it’s a thing of beauty.  I could honestly decorate my entire man cave in Jim Lee prints.  I love this guy’s style, and I think his current take on the Man of Steel is awesome (same can be said about his work on Batman).  Someone make a statue out of this piece, so I can gladly fork over way too much cash for it!

Fans of Superman can get a sneak peek at the Superman Unchained arc on May 4th, which just so happens to be Free Comic Book Day!  In the mean time let’s just sit back, relax, and appreciate Jim Lee’s amazing artwork.  You’ve been wishing you could draw awesome stuff for a living… 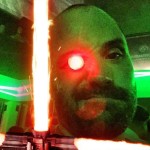 The Epic Fan Made CGI Superman Vs. Hulk Short Continues In Part 4

Marvel and DC Heroes Evolve In These Chibi-Style Art Pieces