Fallout 76 is the next installment in the Bethesda’s amazing world of post-nuclear war America. One of the most compelling and detail-oriented story lines in video games, Fallout 76 sheds new light on the world after the nukes fell. 76 is one of the first Vaults to open after the war, and you play as one of America’s “best and brightest” tasked by your overseer to go forth and explore the new world. This trailer involves the E3 presentation from Todd Howard, explaining the new setting in West Virginia and the incorporation of some of the new monsters and secrets in 76. This game has been said to be exclusively playable online, and can allow you to partner up with some of your closest friends to take on the new, irradiated world. Fallout 76’s B.E.T.A. is available with preorder of the game and the release of the game is slated for November 14th, 2018. Mark your calendars, and get your Pip Boys ready – the wasteland is calling! 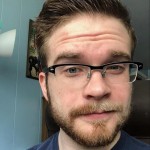 The Biggest Turds Of The Gaming Industry/Community In 2018

Fallout 76 Gets a Slew Of Radio Tales