The long awaited trailer for Ti West’s (The House of the Devil, The Innkeepers) has arrived today and being the hungry horror hound that I am, I could not be more excited. West has blazed an exhilarating path towards macabre mastery over the since 2009, including a short contribution to the alphabetical assault, The ABC’s of Death (M for Miscarriage), as well as an acting role in my favorite horror film of last year You’re Next.

What strikes me most about West’s work is how easily he conveys the sense that he is creating horror not to make a dollar, but because he lives and breathes the spooky as a unabashed fan of the genre. Utilizing the “satanic panic” as a backdrop, his mainstream debut, The House of the Devil, is stylish love letter to eighties slashers. The brightly bleeding neon yellow title and soundtrack for this movie alone solidified his place atop the horror food chain, His following picture, The Innkeepers, despite splitting many fans of his previous attempt, kept true to his uncompromising allegiance to all things frightening. A slow, but the ultimately satisfying haunted hotel scenario plays out in the same vein of many of Hammer Horror’s best gothic pictures.

His latest work, The Sacrament, takes on the ever-popular, shaky-cam pseudo-documentary genre of horror and places it at the feet of a deep woods religious sanctuary. Mirroring many of the aesthetics of infamous cult leader Jim Jones’ group, “People’s Temple”, a pair of reporters are assigned to cover the details of a civilization that seemingly exists peacefully without outside influence. All is not well as the trailer casts the shadow of doubt as the houses of holy seem to have an expiration date. Within the trailer’s opening seconds, we find a huge VICE Magazine logo plastered upon a backdrop and a stark message introducing the subject of the documentary, “Eden Parish”. This has two elements which I find most intriguing and both deal with an attempt to establish realism.

Firstly, how the hell did VICE agree to do this movie? This may have very well been a stroke of luck, as it has be reported that they literally just asked. Popular alt news magazine and online journalism powerhouse VICE has no problem with West slapping their logo in the trailer’s opening seconds, but what does this say about his attempt to provide realism? Branding is not a strange concept for film, each blockbuster can usually anticipate the casual drops of an iPhone or a bottle of Coke, but this conscious depiction of the VICE brand as a means of believability really impressed me for some reason. Perhaps it’s the fact that I personally enjoy the outsider journalism of the Montreal-based publication, but this attention to detail may propel the “honesty” of the found-footage genre to new heights.

Secondly, West does his best to chime his horror guru gong with the popular “message of documentation”. About twenty seconds into the trailer, we are presented with a message confirming the presence of the reporters, followed by the very year of the film’s release. The finest of horror films have used similar written introductions to extend a certain air of authenticity to the horrifying depictions that they precede. Despite this recalling of genre giants, just about every found footage flick has chosen to include their own eerie statement of purpose, so this may go fairly unnoticed and unappreciated.

About the thirty second mark we see that the familiar name of Mr. Eli Roth graces the production credits of this film and this is where I can go either way. Based on his track record as of late, Roth’s previous money throwing opportunities were spent poorly in the abysmal disaster flick Aftershock, the luke-warm kung fu venture The Man With the Iron Fists, as well as the dreadfully dry pair of Last Exorcism entries. This is immensely frustrating, because there is still a huge part of me that respects what he has done from his acting talents in the Tarantino WWII smash Inglorious Basterds, as well as Cabin Fever and Hostel Part I &II. Despite the pragmatic relationship the horror community has with Roth, I still have faith in his work for the same reasons I love West’s. Both exhibit this overwhelming loyalty to the genre and their fandom (usually for Roth) prevents both from producing sketchy work.

So will The Sacrament use the names of outsider journalist superstars Vice and the controversial gorefather Eli Roth to the best of their ability? Well, all we can speculate for now is that Vice will have much less to do with the film other than providing their logo, but the Roth factor may prove to be the right choice as the director himself prepares to unleash the Cannibal Holocaust-inspired outing The Green Inferno. All we can do as horror fans is what we’ve always done, hope for the best and whine about the quality of older movies until something shakes some sense into us.

Final Impressions of the Titanfall Beta Complete With Gameplay 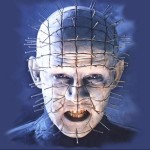 Follow Spencer somewhere because he doesn’t use social media ;)