Games with Gold for January 2015

Microsoft has chosen to start the new year off right with 3 amazing games available for FREE to Xbox Live Gold Members through the Games with Gold program in the month of January. The Games with Gold line up for the Xbox One has been some what lackluster since it’s release, mostly seeing small and rather disappointing titles like Crimson Dragon and Chariot.

Although, many gamers might be excited to hear that D4: Dark Dreams Don’t Die, the down right bizarre murder mystery story from Access Games, will be available for the whole month. Over on the Xbox 360, the love is still rolling out the seventh generation with MX vs. ATV Alive from January 1-15. For those of you stoked to play the new Witcher 3: Wild Hunt that may have missed out on the second game, you’ll be able to download The Witcher 2: Assassins of Kings from January 16-31. Hopefully that will tied you over till the new delayed release date of May 19, 2015. So far away, this is gonna be tough. 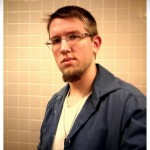 Xbox Games With Gold and PS Plus Freebies for August 2019

Xbox Games with Gold for June 2019