It’s a dark night, and rain is sheeting down your windshield. Your car is puttering along, slightly lopsided and in desperate need of repair. You spend what seems like hours navigating this small town’s streets with only one functioning headlight trying to find a motel to stay in for the night. Your travelling companion provides no assistance, except for exclaiming loudly whenever you kiss a curb navigating these narrow streets. About to give up, you see it… the red glow of the motel’s neon sign. You jostle your lumbering wreck of a car into the front parking lot and quickly run inside to book a room for the night.

As it turns out, the fee for the room is $20. A modest amount. Had you not spent all of your money on wine, cigarettes and hot dogs you might be sleeping here tonight! This is Jalopy.

Jalopy is a great example of how free for experimentation this game is. Most games would hold your hand, ensuring that you had enough money to pay for that motel room, or had enough gas to make it to the next town before disembarking. Not Jalopy, and I must stress that this isn’t a bad thing at all! Your first play through seems simple enough. A brief tutorial on how to assemble your car’s engine and components, guided by your trusty companion and you are off on your way. What seems so simple a concept will have you muttering “Aha!” for quite a while.

The whole goal of Jalopy is to take a road trip to a far away place, and along the way maintain your car so that it can make the journey. This means maintaining and upgrading car parts, buying and selling goods, dealing with border checkpoints into different countries and if you are unlucky enough, walking miles in the rain to get gas or a spare tire. Along the way you will deal with adverse weather and road conditions, terrible drivers (just like real life, people will cut you off!), and it begins simply enough, in your Uncle’s garage, scraping together parts to get a running vehicle and setting off.

The control mechanics of the game are really refreshing. For example instead of pointing at a car and pressing a button to get in, you actually need to point at the door handle, open the door, sit in the chair and then (ideally!) close the door behind you. It may sound tedious but it’s actually quite interesting. It’s a strangely real feeling when you go into a gas station, select one-by-one the items you want to purchase, make your way to the cash register and then realize you need to run back to the car to get your wallet to pay for the goods. It’s logical, its structured and it’s something a lot games would glaze over for simplicity. But this isn’t complexity for the sake of it, this is a really neat idea that gives you a real connection to your car… your Laika 601 Deluxe, your Jalopy.

But what about the wine and hot dogs? Most items in the game have a buy and sell price stuck on them, this is a kind of economy where you can purchase goods, take them across the border and sell them, hopefully at a higher price. Keep in mind that some border crossings prohibit certain goods and you will be fined for trying to bring them across. This isn’t explained so much as it is just experienced, my first play through I bought a bunch of hot dogs, too many to fit in my car to be exact. Thinking that I’d need to eat these later it seemed a smart choice but there I was, in the middle of the night with no money for a motel room and a handful of hot dogs.

The small details are also what really make this game stand out. Driving along, reaching down to turn on the radio, and hearing euro-pop start crackling out of the old speakers. Turning off all the lights when you leave a room (if you want to), or simply trying to get up a hill from a stationary start can require you first put the handbrake on, accelerate and then release the handbrake. My personal favorite was sitting at the border checkpoint for five minutes trying to figure out how to hand the damn guard my passport… Well it was raining and I had the windows up, so naturally I needed to roll them down first! Modern gaming has beaten this logical thinking out of us, and that is part of what makes this game so great, these aren’t complex puzzles, just logical thinking.

So what’s bad about it? A few minor things, most are probably artifacts of it being Early Access. Firstly when you run out of fuel your car just stops, dead, immediately. It would be nice to see a nice cough and splutter from it ideally, at least you would have some indication as to what just happened! Also items will disappear when you sleep through the night somewhere unless they are in a designated spot in your car. All of my precious hot dogs which I had to carry to the room with me because there was no space in my car? Gone the next morning (glitch or Uncle… you decide). There are a lot of graphic elements that need work such as the text in loading and transitions. The game does get a lot of feedback that the colors are too dull and drab, but I guarantee this is intentional and really sets the mood.

The game is in Early Access currently, and naturally this means there are bugs and glitches, but nothing that should prevent you getting a great picture of what the game will be. The only real disappointment at this stage is the lack of content, but keeping in mind that it is Early Access this should be expected. There’s a certain point you will reach shortly into your game where you cannot progress, because beyond that simply hasn’t been made yet. But as a testament to the game you will happily start over on a different journey, knowing you will hit this same road block and it doesn’t even matter!

Top 5 Moments from the Revealing Game of Thrones: Oathbreakers Episode 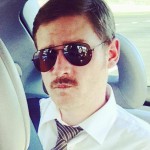 The Latest on ‘Conan Exiles’