In one week the new James Bond film Spectre will hit theatres in the United Kingdom. If you are even a small sliver of a fan, you must go see this film where Bond’s beginnings lead him to his ends.

Throughout the years, James Bond has been expertly crafted by a multitude of men, and everyone has their favorite. We have seen brutes, gentlemen, and gadget-focused legends take up the codename 007. For the past three films; Casino Royale (2006), Quantum of Solace (2008), and Skyfall (2012), we have been fortunate enough to experience them through the very talented Daniel Craig.

Craig is two parts soldier, one part debonair, a twist of sour, and definitely on the rocks. For most of us, that is one rugged, daring, and good-looking martini. With three 007 films under his belt, Craig has no issue holding up the character of an international spy with incredible depth to him. This depth comes from Craig’s excellent ability to portray his character as a man whose inner conflicts– between doing his job and emotionally distancing himself from his actions–have sculpted him psychologically. In each film, we have seen deeper and deeper into the inner-workings of Bond’s mind, and Craig will undoubtedly supply us with another chapter unto that text. With the incredible success of Skyfall in 2012, not just Craig but the entire production team has been feeling the need to top every aspect of that film with Spectre. From the trailers and previews that we have seen so far, it looks like this could very well be the best Bond film yet.

The exotic, illustrious, and beautiful locations have always been a large part of the series. Fans will be happy to see a few new locations and throwbacks to some staples. One of the locations that has been showcased so far is Mexico City on The Day of the Dead, where Bond will be running around a spectacular festival well armed and well dressed. In full skeleton costume, Craig is seen moving around a parade to undoubtedly find the secrets to a devious plot. Another scene takes place in Rome and involves Bond’s new car (pictured later in this post) in a chase where he’ll be making some quick maneuvers and squealing tires throughout the dazzlingly lit city at night. Another is a modern complex in the mountainous region of Austria where Bond will no doubt attempt escape and make his way through the landscape while battling the elements as well as countless mercenaries in his fight for queen and country. In this Austria location pictured below, an ultra-modern facility may be infiltrated by the spy to steal information… and maybe even the hand of a lovely woman.

James Bond wouldn’t be the man he is today without the beautiful—and equally dangerous—women in his life, and joining him in this film are Monica Bellucci and Léa Seydoux. Bellucci is a veteran actress who has long since mastered the art of playing the sly, sweet, and mysterious love interest of many films. Bellucci is most likely not venturing too far from this persona in Spectre, but perhaps she’ll turn up her intensity and surprise audiences with something that will applaud the films dark themes. Seydoux, an actress growing in popularity, will have the past Bond women rooting her on as she plays a doctor with a dangerous link to the evil organization of Spectre. Fans can look forward to her bringing Bond into more than enough trouble to keep audiences on the edge of their seats and Bond’s eyes on her each step of the way. These two women seem to be opposites in their look, but they both seem like they have many layers to them that will be fleshed out as Bond tries to keep up with them.

Thanks to Aston Martin, Bond never has any trouble keeping up with anything. The car that has been the mainstay of many Bond films is keeping up the tradition by releasing the DB10 for this film. This car looks beautiful and bright, but also dark and sinister at the same time. As Aston Martin and director Sam Mendes designed this car specifically for Spectre, its look will be key to the overall theme of the film, and hopefully this means we’ll see a lot of this gorgeous vehicle. Expectations are high for this machine, but Aston Martin is sure it will deliver. Regardless of all of this, you may be wondering if it’s fitted with an ejector seat, missiles, and cloaking technology, but you’ll just have to watch and find out.

Just as powerful as the DB10 is the acting prowess of Christoph Waltz. When you pair Craig with Christoph Waltz, audiences can expect 007 to struggle in keeping his composure as a result of Waltz’s gnawing ferocity. Audiences will expect Waltz to resume the callous and snarky vestige that they loved and feared in his depiction of an SS Nazi in the film Inglourious Basterds (2009). With a star studded cast like this, Waltz will have lots of fun and cruel banter among the various characters, but the entirety of his character is still shrouded in darkness and mystique. Audiences will have to wait to unearth his true intentions and passions to see if they truly justify his means. If Waltz delivers as he usually does, his performance will undoubtedly set a benchmark for villains to come and perhaps change Bond forever.

007 has always been a great film for the generations. There’s action, drama, some comedy, femme fatales, cars, villains, and so much more. If any of these things interest you, don’t miss this film in theatres. It will be an experience, and from the information we have about it so far, if should be a great one to go see.

Spectre will be released in the U.K. on October 26th, and in the U.S. on November 6th.

Halo 5 Coming to Minecraft this Week

Producer for FX’s ‘Legion’ Provides Insight to the Show 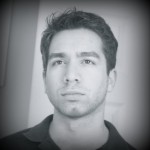 Rising like a phoenix from the recesses of Ontario, Canada, Nigel has been secretly developing his philosophy on games, movies & television and is ready to unleash it. As a youth there were only 3 things that he understood: Games, Movies, & Television. He studied Communications to apply his work to the games, movies & television shows that have made him the anti-hero he is now!