Review: The Witcher 3 – Blood and Wine

Since The Witcher 3: Wild Hunt‘s release in May of last year, players have had the pleasure of accompanying Geralt of Rivia on the final chapter of his quest to save his adopted daughter, rid themselves of the pesky Gaunter O’Dimm in the Hearts of Stone expansion, and now with Blood and Wine, travel south to the duchy of Toussaint. It’s a heck of an expansion and one that provides a stellar sendoff for a master Witcher.

One of the most striking things about Toussaint, the new area where Blood and Wine takes place, is the color pallet on display. Whereas the main game and Hearts of Stone both relied on a relatively muted, grittier set of colors, Toussaint is awash in deep blues and bright greens, vibrant purples and shining golds.  Knights errant roam the land and the citizenry extol chivalric virtue. It looks like a much more “traditional” fantasy setting – whatever that means – which is something Geralt himself comments on when he first arrives in the duchy.

As Geralt is a Witcher, he of course is not in Toussaint on a whim, but on a contract. Someone or something has been killing off knights errant, symbolically demonstrating failures of the five chivalric virtues, a la David Fincher’s film Se7en. It’s gruesome and unpleasant, and the Duchess of Toussaint, Anna Henrietta, isn’t having any of it, and has hired Geralt to get rid of the beast.

The beginnings of Blood and Wine consist of Geralt’s search for the Beast of Beauclair (as the monster comes to be called), though they quickly become much more complicated. What follows is a quickly-paced, exciting story that culminates in one of the best boss fights in the game.

Much like the main game, though, Blood and Wine shines in the side quests. Providing approximately 20-30 hours worth of gameplay, the weight of the expansion rests in an extensive list of side missions and Witcher contracts. This is a significant difference from Hearts of Stone, which placed the vast majority of its content in its campaign, and is much more in-line with the way the main game is set up.

Aside from the fact that there are simply more side quests than there are main missions, some of the primary reasons to complete the side quests in Blood and Wine include the introduction of Witcher mutations and a search for grandmaster-level Witcher gear.

Witcher mutations allow Geralt to devote several skill points, as well as some highly-developed mutagens, to enhancing his combat, sign, and alchemical abilities. These mutations then enhance the color-corresponding skills on Geralt’s primary skill tree. The catch here is that Geralt can only have one mutation active at any given time, which makes for some seriously difficult decisions. It’s a fantastic system and does a wonderful job of enhancing the already deep character building of The Witcher 3.

The grandmaster-level Witcher gear is another drawing point for Blood and Wine. Early in the expansion, Geralt comes across a notice asking for someone to assist in discovering the locations of grandmaster Witcher diagrams. These are seriously powerful sets of gear that are absolutely worth spending the time to pick up, especially considering they’re usable from the high level 30s to low level 40s. This means that – should the discerning and adventurous player decide to spend some time to pick up a set or two – he or she will have an excellent set of gear to carry throughout Geralt’s time in Toussaint.

With the sheer size of Toussaint and the amount of content it contains, Blood and Wine could easily stand on its own as an excellent open world game, but the fact that it acts a conclusion to The Witcher 3: Wild Hunt only improves the experience of playing the game. This is truly a phenomenal conclusion to the Witcher’s saga, and I look forward to experiencing it again on a New Game+ playthrough.

Review Statement: A PlayStation 4 download code of this content was provided by the publisher for the purposes of this review. 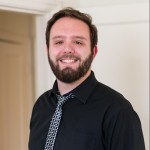 Learn About The Tools of The Trade in ‘HITMAN 2’