I’ve got a bad feeling about this. If you listen to the Star Wars Time Show, the best podcast for Star Wars fans in the galaxy, then you know that both Matt and I were very skeptical about Solo: A Star Wars Story ahead of its release. The pre-release radar for the movie was marred with stories about Alden Ehrenreich’s acting not being up to snuff and the original directors being fired. It seemed like everything in the galaxy was pointing to this movie falling flat, but now that May 24th has come around, we all have a chance to see exactly what Solo has to offer.

I went into my first screening of Solo with one thing in mind, this is not Harrison Ford’s Han Solo. The kid that we see on screen in this movie is the innocent shell of the soon to be toughened Han that we meet in A New Hope. Alden Ehrenreich perfectly portrays a Han who is youthful, optimistic, and ready to make a name for himself in the galaxy, and even though he isn’t Ford, you can definitely see flashes of the scruffy looking nerf herder we all know and love right from the beginning. Alden nails key poses, looks, and deliveries all throughout this movie that bring to mind scenes from the original trilogy that made Han into a fan favorite character.

Along side Han is a cast of characters that help start his formation from doughy eyed orphan to stone faced scoundrel. Each person leaves a mark on him in this movie that aids in his progression, and the one character that probably leaves the longest lasting impression is Tobias Beckett. Beckett is the first person to see potential in Han. Even though he may not have taken him completely under his wing, Beckett’s guidance can definitely be seen in the mannerisms of OT Han. Woody Harrelson really nails the persona of a reluctant mentor who is bringing this young kid along out of necessity more than desire. Their interactions and the wisdom Beckett imparts on Han during this movie definitely have lasting effects that will seep through into Han’s later life.

Emilia Clarke’s Qi’ra is Han’s first and truest friend right from the get go. These two ran together in the streets of Corellia as teenagers and, if not for an unfortunate turn of events, would likely have ended up together (sorry Leia). Throughout the movie, I had a very distinct feeling that there was a lot more to this character than what was being shown. Her meek portrayal was almost off putting at some points. I was almost frustrated watching a character who clearly has strength and savvy within her play small next to the likes of Han, Beckett, and Lando, but it was only a matter of time before Qi’ra showed her true colors. I would almost say that Emilia Clarke played the role too well, because she had me convinced that Qi’ra was going to be nothing more than a lost love interest that sours Han on all future relationships. Oh boy was I wrong.

What can be said about Lando Calrissian other than this, everything you have heard about him is true. Donald Glover’s portrayal of Lando truly stands out in this film. He embodies the smooth talking, sleek dressing character that Billy Dee Williams brought to life in Empire Strikes Back so much so that you would think that he was born to play the role. The time he spends with Han and what they go through together definitely warrant the cold reception that he gives to his old buddy in ESB, and his interactions with L3-37 bring a different level of companionship than we have ever seen from a droid and master before. Glover portrays Lando as a guy who gets whatever he wants, by hook or by crook, until he meets Han. It is easy to see that the events of this movie will have a long lasting effect on both of their lives.

The Han that we all grew up with was nobody without Chewbacca, so to see this movie start off and progress a bit without Han’s favorite furball was a little odd at first. When we do get around to meeting Chewy, he is in a tough spot. It is pretty clear that Han initially saves Chewy more in an effort to save himself than the dirty Wookie, but the bond between the two grows very quickly. There were some key aspects to this relationship that I would have liked to see in this film, but I think that what we saw was at the very least sufficient. Both Han and Chewy found themselves in harrowing situations and both were saved by each other in the end. By the end of the film, you feel like the life bonded pair that we meet in A New Hope are starting to come together. Joonas Suotamo has come into his own as Chewbacca and made the transition away from the legendary Peter Mayhew seamless. I’m definitely interested to see where is relationship goes from here, perhaps in more films or comics/novels.

While these main characters all made indelible marks on Han that will be long remembered, all of the other characters in this film also had noticeable impacts on him, so much so that at the end, we see Alden sport a signature Han scowl/frown. Rio, Val, Enfys Nest, L3-37, and even Dryden Voss all show Han that the life of the underworld is not all glitz and glam like Lando would want him to believe. The smuggling business requires sacrifice, trust, companionship, and sometimes loss. Han learns that it is hard to find good people to partner up with in the underworld, and it is even harder when you find someone and lose them.

Overall, I think Solo: A Star Wars Story created a fantastic opening chapter for Han Solo, and for the fans. We get to see the beginning stages of Han’s transformation from Corellian sewer rat to one of the most famous, or infamous, smugglers in the galaxy. The cast of characters all did a fantastic job adding their own pieces to the character of Han, and the addition of a key figure from the early days of the Saga was a more than welcome surprise. I am very excited to see what happens next in the life of Han Solo, and so should you!

Stay tuned to Entertainment Buddha for the next episode of Star Wars Time where Matt and I will be discussing all of our spoiler filled thoughts on Solo: A Star Wars! May the Force be with you, always.

Solo delivers a fun filled ride through Han's early life and sets up many more adventures for future films.

Conan Exiles Xbox One Review | Better, But Not Great 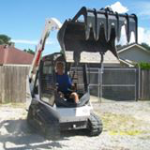