Now known by its new official name of Super Mario Maker, Nintendo’s create-your-own-Mario-level video game was featured as the finale of the 2015 Nintendo World Championships. A packed audience watched live as two of the world’s top Mario players faced off on some fiendishly difficult and spectacularly creative original levels. Players “Cosmo” and “John Numbers” played through four levels created by Nintendo Treehouse members, each level modeled after a different Mario style – one from the original Super Mario Bros., one utilizing the SMB 3 style, one based on Super Mario World, and the last level based on New Super Mario Bros. U. With one “WTF” moment after the next, the awestruck reactions from these two expert players makes the video above worth watching alone.

The variety of these levels and the original concepts we witness therein is downright insane. We’ve seen stacked enemies in previous footage of this game (where say, a hammer brother is riding a hammer brother riding a bob-omb and a giant blooper is on top of them all – literally in the first level here), but add to that ridiculously large cheep cheeps falling out of pipes, circling boo buddies emerging from ? blocks, kuribo’s shoes styled after high heels, flying buzzy beetles being shot out of bullet bill cannons, and so many more indescribably wacky scenarios, and this game’s potential is finally starting to be realized. Or maybe we’re still just skimming the surface here, and the true potential of a game like this is, well, limitless.

I’ve always had a love-hate relationship with level editing games. On the one hand, I love being able to play developer and watch my own vision of a level or character – or whatever it may be – come to life. On the other hand, I often find that games like this never quite provide me with the scope of tools and freedom of creativity that I truly desire. This was a thought of great anxiety when I first saw Mario Maker in action, yet every time Nintendo shows off more of this title, I find my worries becoming less and less prominent. This, however, is the first time I feel entirely confident in what Mario Maker is becoming. Nintendo just may be going beyond what anyone expected with this game, as the amount of creative control demonstrated in the level design here is nothing short of extraordinary. 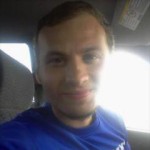