Swords of Ditto Review | Fight For Kazoos, Again and Again

by Nathaniel Smyth on April 30, 2018 Gaming NewsMacPCPS4Reviews The Swords of Ditto

You wash up on a beach on a stormy night, unaware of who you are, where you are, or where you came from. You hear a voice calling out to you, telling you to wake up, that people need you, is it a family member? A princess in need of rescuing?

It’s a dung beetle, actually, don’t get your hopes up, kiddo. But she’s not just any dung beetle, she’s the guiding light for the Sword of Ditto (which you are, if you couldn’t figure that out by now). See, the Sword of Ditto is characterized by the fact that they take up the literal sword against the evil sorceress Mormo. She comes about every 100 years to try to take over, fight and kill the Sword of Ditto, and spread her evil across the land. When you start the game, you’re thrust into becoming the sword really suddenly, you climb her castle, and before the cutscene even ends, she kills you with a single blow. Fast forward 100 years later, and Mormo’s rule is still going strong, but a new Sword of Ditto has been chosen. You pick up the Sword from the grave of the last hero and must begin a four-day quest to strengthen yourself while diminishing Mormo’s strength. You can also just ditz around for four days, but when it comes time to face her, she’s seriously strong and her fortress becomes a nightmare to get through. Not to mention, if you die, that’s it, the Sword dies right there, and 100 more years will pass until a new person takes up the Sword.

My favorite part about this game is how the world evolves around you depending on if the last Sword was victorious or not. Even if you defeat Mormo, she comes back in 100 years and someone else will have to pick up the Sword against her. However, the landscape and the NPCs in the game will treat you differently depending on what happens. If the last Sword was victorious, they’ll shower you with affection and maybe even give you free stuff sometimes. If the last Sword failed, they may treat you with disdain for having let everything go to ruin under her rule. The landscape will also look more healthy and cheery or decaying and depressing depending on the same circumstances.

Four days may sound like a long time to traverse the small procedurally generated map (it changes with each passing of the sword), but you will run out of time fast. You can mitigate this, however, in a somewhat weird, but fitting manner for this game. If you collect 8 coins and bring them to one of the fountains around the map, you can activate it, and with enough of one of the in-game currencies, make an offer. Who are you making the offer to, you ask? Why, a giant celestial whale that can either grant you health or turn back time for you! As far as I know, it seems to always reset it back to the beginning of the four days, so you could technically keep pushing the clock back and have lots of time to mess around. I only needed to do it once, though, even just having a couple of extra days to complete dungeons and weaken Mormo really helps.

Essentially, the recipe for beating her is to beat the two toy dungeons you get marked for you, then beat the two dungeons that contain her Anchors. If you do that, her final dungeon is much easier and she herself takes far fewer hits to kill.  Of course, you could also play the game on the easiest difficulty and it gives you a full 7 days to do everything which is perfect for new players to the game/genre.

The combat is nothing to write home about, you have a 3-hit combo you can perform with the sword and you can roll through enemies. The bread-and-butter of the game, however, are the tools or “Toys” you pick up through the game that you can use at the expense of an energy meter. These things really elevate the game to that perfect level of weird and quirky that it sells itself on. You can use a vinyl record as a deadly frisbee, smash enemies with an adorable ball-and-chain with a little smiley face, or summon a huge monster’s foot to smush them! It takes a while to get the really fun ones in the game, but once you start collecting a bunch of them, it makes for a goofy spectacle, especially in co-op! This is easily one of the most fun couch co-op games that I’ve played in a while, even with the stress of the time-limit involved. Combining all of this with the adorable art-style, and it’s like taking a romp through a Saturday morning cartoon, an adorable one!

Now is the part where I air out my grievances with the game, and don’t get me wrong, the game is still genuinely fun, but has some (patchable) issues. Without these issues, I would probably put this game right around an 8.5/10, but let’s go over what those issues are.

These are all things that can be fixed in the game, and if these things get fixed I will be very happy because they really bring down what is otherwise a fun co-op Zelda roguelite.

I enjoyed my time with the game, and I hope that other people do as well, and hopefully WITH other people. The game is definitely more fun as a co-op game in my opinion, but I still don’t think it’s bad single player. If some more toys and maybe a different story mode gets added in that has a different objective and more or less time to do so, I’d love to see something like that. This game has the groundwork to be something really great and I hope it becomes that.

The Swords of Ditto

The Swords of Ditto is a handful of painful bugs and issues away from being a truly masterful indie game. 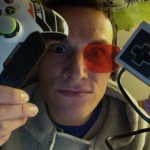 Born and raised in Plymouth, NH, Nat has been gaming since he was 3 starting on his brother’s Sega Genesis, all the way up to the Xbox One. Well rounded in a range of game genres from beat-em-ups to shooters, to role-playing-games, and more, he’s had a passion for all things gaming as long as he’s been able to hold a controller. While busy with school, sports, working, he still finds time to sit down, play, read up on the latest news, and hunt for deals on new and classic games.

The Swords of Ditto Launch Trailer