We’ve all seen at least one Nicolas Cage movie. Whether we thought it was good or bad at the time, it’s pretty much impossible to forget Cage’s characteristic over-the-top acting. He has become known for his tendency to hysterically scream, cry, and generally rage on camera, with many YouTube clips dedicated to these moments. In most cases the hysterics end up turning into more of a comedy than a drama, particularly in movies like Wicker Man where it is basically impossible to sit through Cage’s eye-bulging screaming about bees like a maniac without laughing. One thing that makes Mandy unique for a Cage film is that, despite there being many such hysterical moments, those moments are not nearly as laughable because they actually seem like fitting and appropriate reactions to what is going on in the movie.

In case the introduction has left any doubt, Mandy is not a movie for the faint of heart. It has exceptionally graphic gore, with enough violence to make World War Z seem PG. Calling Cage’s character Red an ax murderer would seem polite and not do his revenge-fueled butcher spree justice. Nor would it take into account the other glorious battles, such as the 6-foot chainsaw duel (OK, I obviously didn’t measure them, but they looked like they were 6 feet long). Yet the movie is much more than the sum of these gory fight scenes. While it is a story about revenge, it is also a story about love, loss, narcissism, and the fragile human ego.

Panos Cosmatos, the visionary directory for Mandy, told Film Maker Magazine in an interview that the movie spoke to a dark time in his life when he fell into a long lasting and deep depression after the drawn-out death of his mother. The emotional intensity of the film is felt most strongly by those who have experienced loss and the hole it leaves behind. It is an emotion I have witnessed others experience more than once, and as a result I can relate to it myself. There is an irrational, absurd quality to these emotions that Cosmatos captures perfectly both in the choice of music, acting, and aesthetic. With depression a person can feel alien, distant from reality, like they are seeing everything through thick dirty glass. Overcoming that feeling to battle your inner demons can feel like an impossible task, like taking down a demonic biker gang that strongly resembles the four horsemen of the apocalypse (yes, this also happens in the movie).

While Cage’s character battles the demons of depression and loss, the villain of Mandy battles, and loses against, the demons of his own massively inflated ego. A psychopathic cult leader who believes that God spoke to him and told him that everything in the universe is his, Jeremiah Sand (played by Linus Roache) is frightening in the way his followers worship him and the way he worships himself. Sand truly believes he can have whatever he wants, and it seems that is the case until he kidnaps Red’s lover, Mandy. Roache’s performance does not include even a flicker of humor or doubt, even in the most absurd scenarios. I do not want to spoil the movie for the readers out there that haven’t seen this spectacular film, so I will leave it at that for now. The commentary on the dangers of narcissism are not lost in the context of American individualism and the tendency toward tribalism that the entire world is gravitating towards. It seems that Cosmatos may have intended the depiction of the cult as a warning for what the future might hold if these trends continue.

While Mandy may seem on the surface like a simple gore-filled revenge horror flick, that is not really what the movie is about. There is much than meets the eye in this film that crosses genres and embraces its own strangeness. Though it is certainly not for everyone, Mandy will speak to people who have experienced loss and suffered through things they were not sure they could recover from. It is a cathartic and mesmerizing experience that I will not forget any time soon. If you don’t mind the gore and appreciate the heavy metal sound and trippy aesthetic, you should definitely give Mandy a try.

This movie is not for the faint of heart, but if you love horror movies and aren't afraid of reflecting on trauma, you don't want to miss this cathartic film. 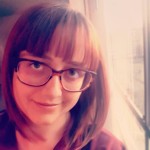 The Lighthouse Review – An Artistic Descent Into Madness

Gemini Man 2-Minute Review: All Tech and Nothing Else