Compiling a countdown list of movies in a series is particularly difficult when each entry into the series has been so strong. Most series that run past the trilogy phase (and a lot of times, even within the trilogy phases themselves) have a weak link in the chain. For every Godfather Part II, there’s a Godfather Part III waiting around the corner. For this reason, the Mission: Impossible series is a surprise, and a refreshing experience. A blend of great action, smart thrills, and a decent amount of time between each entry; the Mission: Impossible films are all very strong and ranking them proved more difficult than originally thought. So without further ado.

The introduction to this world of characters is intense and thrilling. Multiple double-crosses, a phenomenal cast of characters, and a twist ending involving a helicopter and a train in a tunnel make Mission: Impossible’s journey to the big screen a success and gave Tom Cruise a film series to maintain, as well as an iconic moment involving time, lasers, and a very tired Jean Reno holding Tom on a cable.

Please don’t crucify me. Adding Kate Russell, Philip Seymour Hoffman, and Simon Pegg (not to mention Billy Crudup and Lawrence Fishburne) was an amazing decision. However, Mission: Impossible: 3 suffers from the fact that they made him a little larger than life in this one. They made it a bit too James Bond-ish for my tastes. It’s still excellent, just not a flavor I would normally choose. That being said, the intro scene is the best of the series.

That’s right. I love long hair Tom Cruise, motorcycles, and John Woo (so many doves). I love watching a villain chew scenery with glee. I love watching emotional moments slowed down with Enya-ish music playing in the background. Mission: Impossible 2 gives me everything I could want, at least I thought it did until…

Long hair Tom Cruise? Check. Simon Pegg? Check. Jeremy Renner? Ok. SAWYER FROM LOST?! I’ll take it. Ghost Protocol elevated the series to a new level. Cruise and company are on their own and they have to make the best of it. The destruction of the Kremlin is one of the coolest stunts to watch and Ghost Protocol introduces some great tech, as well as more moments for Simon Pegg to add comedic relief as well as be a badass in his own right. Ghost Protocol is the best that Mission: Impossible has to offer.

This summer, we’ll find out if Rogue Nation can take the series even further and be better (I’d settle for just as good) than the other entries into the series. A blend of the original and new gangs are back for this round, so it should provide some great character moments as well. Alec Baldwin is in this one, and I’m never one to turn down more Alec Baldwin. We’ll find out how Mission: Impossible: Rogue Nation fares when it releases in theaters and in IMAX on July 31st, 2015.

Pokemon Ruby and Sapphire get the Honest Trailer Treatment 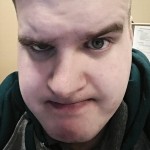 Before You See ‘Fallout’ Listen to the Mission: Impossible Theme Acapella Style

Watch Tom Cruise be a Stuntman In Mission: Impossible – Fallout “All Stunts” Featurette