Xbox Goes Behind the Scenes With Dead Rising 4

by Austin Widmyer on July 28, 2016 Gaming NewsTrailersXbox One Dead Rising 4

The Xbox YouTube channel just uploaded a new video in which the developers of the upcoming Dead Rising 4 showcase new features that the game brings to the table. In a slew of lighthearted obscenities, the developers also reflected on their favorite character in the franchise: Frank West, who will be making his return in Dead Rising 4 as players are taken back to Willamette where everything began ten years ago. Players will be able to explore the city and the original mall in the new combo vehicles and a military-grade exo-suit that have been added into the game. Featuring more options than ever before, players will not be wanting for over the top ways to decimate hordes of zombies. 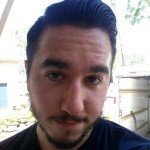